On the 19th october René Gouw, director of Kolibri Logistiek, and his wife Saskia left for a one week business trip to Thailand. An exciting trip, because the leaving in good hands of both a logistic company ánd three kids is not an easy thing to do. But the invitation by Onno Stienen, owner of onoff spices! to visit Thailand and attend to the annual Business Awards Dinner from the NTCC, the Netherlands-Thai Chamber of Commerce in Bangkok, could ánd would they not decline. A splendid chance to see the overwhelming metropolis Bangkok, the beautifull Thai beaches, the worldfamous Thai kitchen, ánd ofcourse to meet the dutch entrepreneurs in Thailand.

onoff spices! produces in Thailand organic products for the preparation of traditional Thai food, like curry’s, soups and wok sauces. They are sold in dutch organic shops. After years of preparation, Onno Stienen was in 2011 looking for a logistic partner in the Netherlands who could distribute the first products within the Netherlands and came to found René Gouw. Kolibri Logistiek turned out to be a vital factor in the whole Value Chain, from the organic farms in Thailand to the shelves in the Dutch shops. The products of onoff spices! appealed to the Dutch consumers taste and onoff spices! experienced a turbulent growth. Onno Stienen says about this: “René is my logistics centipede in the Netherlands. Without him onoff spices! could not have made such growth. Thats why i decided to invite him and Saskia to come take a look at Thailand, as thanks for all the good help that they have given us the past few years.” 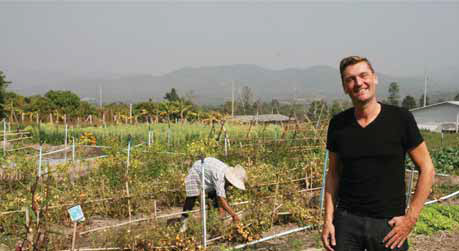 On Monday morning René and Saskia where welcomed by Onno at Bangkok Airport. He led them through the crowd back to their hotel in the centre of Bangkok. This first day he led them get acquintanced with the many faces of Bangkok and of course with the huge variety of food. Because the Thai kitchen is the speciality of onoff spices!

The highlight of their stay in Bangkok was the Business Awards Dinner from the NTCC. This Dutch chamber of commerce represence the interests of big and SME companies in Thailand. This annual event had James Bond as theme this year. All 500 guests made their appearance in James Bond outfit in the majestic Grand Hyatt Erawan Hotel. The guests at the onoff spices! table were all invited by Onno. This way, René and Saskia could get acquainted with the employees and advisors of onoff spices! and with the director of the Thai factory where onoff spices! cooperates with. The evening was opened by the Dutch ambassador. Music was provided by the Dutch band B2F and the Dutch, living in Bangkok, singer Athalie de Koning. A fantastic high four-course dinner in James Bond style followed, interspersed with readings and performances, including a truly James Bond fighting scene. After dinner a number of prizes were awarded to entrepreneurs that had proved themselves extra this year. Just as last year when Onno won the Entrepreneur Award, the prize for the best Dutch entrepreneur in Thailand. 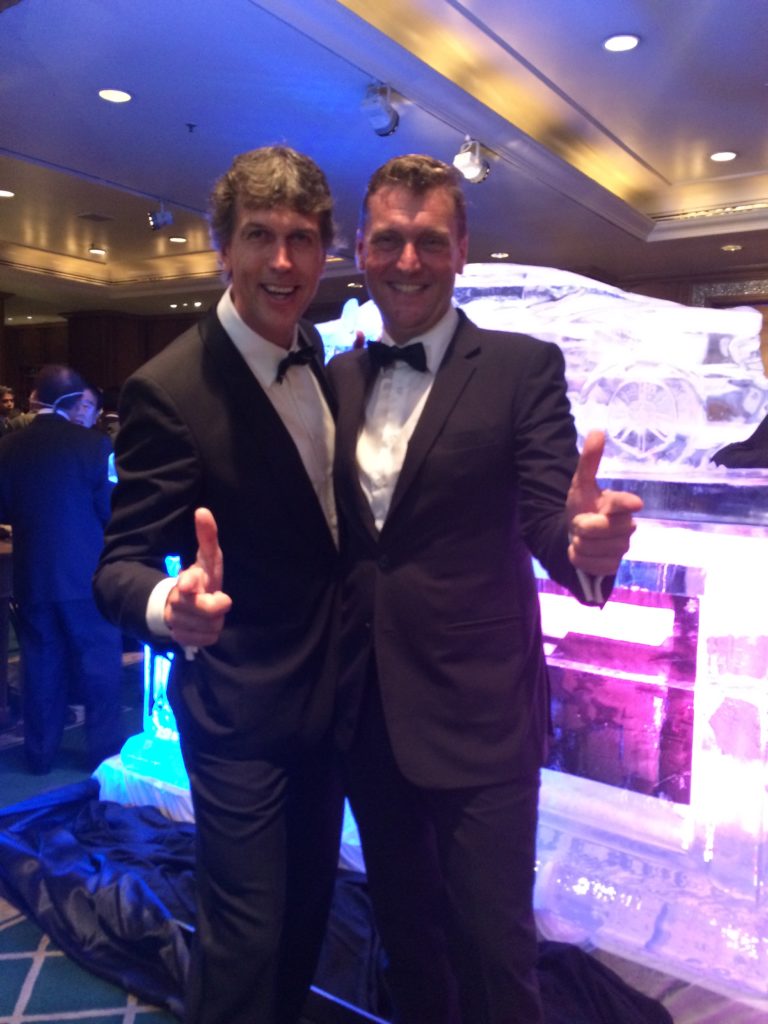 On Wednesday morning René visited an organic supermarket in Bangkok. The warehousing of Kolibri Logistiek is Skal certificated and so capable to handle all organic products certified by the European Union. René wanted to know more about organic products in Azia and noticed suprisingly that this shop could meet the requirements of the modern organic shops in Europe. He saw thus confirmed that also in Azia the market for organic products is growing and he felt supported in his plans to specialize further in the logistics of organic products.

James Bond and his Bond girl

After that the company left to Hua Hin, the place where Onno lives. René and Saskia: “We actually only have one word for Bangkok: ‘overwhelming’. Everything is so much bigger an so much busier than in the Netherlands. We have had two fantastic en very special days in Bangkok, but quite honestly we found it also a relief to go to the much quieter Hua Hin, a popular seeside resort, three hours driving south of Bangkok.”

During the next three days they enjoyed the beautifull surroundings of Hua Hin. René excercised his passion running out on the beach, they made a boat trip over sea and through a fishing port. They visited a cave, they visited evening markets and ofcourse they enjoyed many times a Thai meal. Next to that there were ofcourse the manydiscussions about work, as both Onno and René are entrepreneurs at heart and share their passion for their company.

With great pleasure René and Saskia look back at their journey to Thailand. “It is very special that we were given the opportunity to see where Onno lives and works and we are very gratefull for that. It was a fantastic experience that we will never forget. Now we go back to the usual way of living with our company and family in the Netherlands, that we have secretly quite missed.”

Look on www.onoffspices.nl for more information about onoff spices! and for a lot of delicious Thai recipes.